Alice Cooper says his new album, 'Detroit Stories,' was inspired by his pride for his hometown 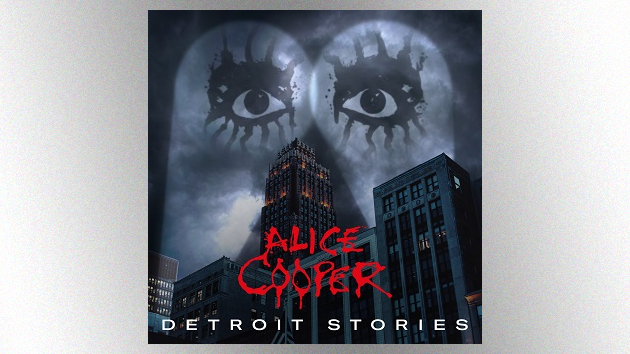 Alice Cooper just announced plans to release a new studio album called Detroit Stories on February 26, 2021. The record pays homage to the hard rock of the Motor City, where the shock rocker was born.

“It’s a guitar-driven album, ’cause Detroit was the home of…hard rock,” Cooper tells ABC Audio. “You know, bands like The Stooges, The MC5, Alice Cooper, Bob Seger, Ted Nugent…all the bands that came out of Detroit were hard-rock bands.”

He adds, “I’m just really proud of being from Detroit, so I figured, let’s do an homage to Detroit rock ‘n’ roll.”

The 72-year-old Rock & Roll Hall of Famer says he used a variety of Motor City musicians on the album, including “guys from Mitch Ryder and [the] Detroit Wheels, Grand Funk Railroad, MC5,” as well as female Motown singers “and the horn section from Motown.”

Meanwhile, Cooper reveals that he also collaborated with the surviving members of the original Alice Cooper band — bassist Dennis Dunaway, drummer Neal Smith and guitarist Michael Bruce — on Detroit Stories, as he did on his two previous studio albums.

“[W]e wrote two songs for the album,” says Alice. “And they play on the album — Dennis, Neal and Mike.”

Cooper explains that one of those two tunes, “I Hate You,” is a tribute to the group’s late lead guitarist, Glen Buxton, who died from pneumonia in 1997 at age 49.

“On this song…each one of us take[s] one of the [other] guys and we say what we hate about them,” he says with a laugh. “And it’s great, great fun. But at the end, we all talk about how the biggest hole on stage was Glen, and we hate him for not being there.”

You can pre-order Detroit Stories now.