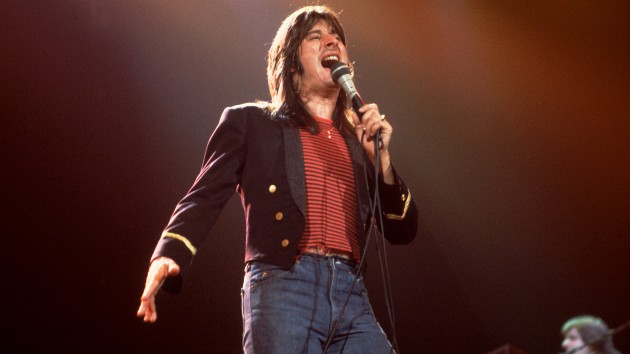 Aside from his 2018 album, Traces, and his 2021 Christmas album, The Season, Steve Perry hasn’t done a lot of recording in the past 20+ years. But apparently, the former Journey singer couldn’t resist an invitation from arguably one of the most beloved celebrities on the planet: Dolly Parton.

The country icon and newly minted Rock & Roll Hall of Fame inductee tells Access Hollywood that for her forthcoming rock album, she’s recorded Journey’s classic “Open Arms” and has Perry singing with her on it. She adds that she’s also recorded an Elton John song and that she hopes to get Steven Tyler to join her on the project as well.

“Hopefully, I’m gonna just ask all the girls and the guys to sing with me,” Dolly continued, noting that she is personally contacting people to ask them to collaborate, rather than letting her manager or publicist do it. “I think it’s gonna be a good album,” she concludes.

Dolly performed a song from the album when she was inducted into the Rock & Roll Hall of Fame Saturday night in Los Angeles.

In other Steve Perry news, it seems he does pay close attention to what’s happening in the music biz. He tweeted on Saturday, “Back when I was the singer in Journey we sold out 5 nights at the LA Forum. Well my deepest Congrats to #HarryStyles for selling 15 nights out — Truly amazing Harry…Congrats!”

Harry’s has been performing for multiple nights in major cities across the country on his current Love on Tour trek.