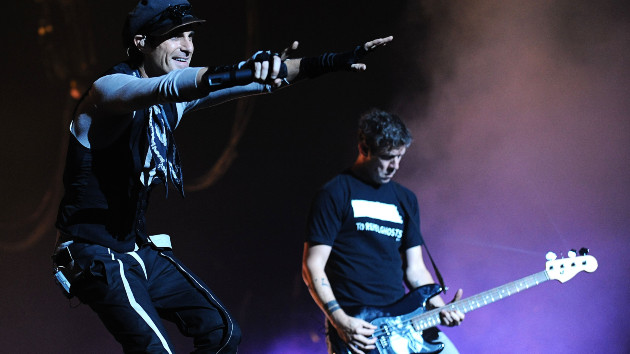 Is Jane’s Addiction hinting at a reunion with Eric Avery?

In a tweet Wednesday, the “Been Caught Stealing” rockers posted a video featuring Avery jamming on a bass alongside frontman Perry Farrell. Sadly, the video doesn’t feature the audio from the session, just the hiss of static feedback.

Avery is an original member of Jane’s Addiction and played with the group through their 1991 breakup. He eventually rejoined Jane’s from 2008 to 2010, but he didn’t play on either of the band’s reunion records, 2003’s Strays and 2011’s The Great Escape Artist.

Meanwhile, Farrell recently told Spin that new Jane’s material is in the works, and the band is set to embark on a U.S. tour with The Smashing Pumpkins in October.