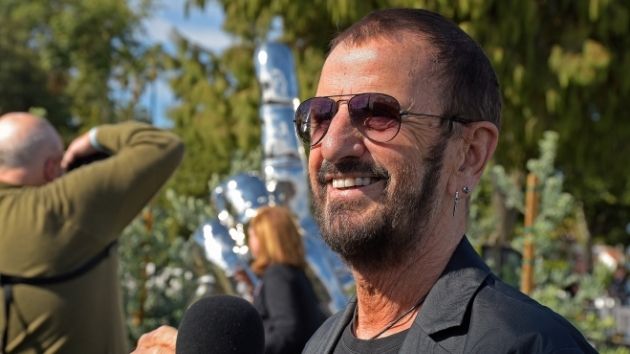 Ringo Starr stopped by ABC’s Jimmy Kimmel Live! on Thursday to talk about his latest photo book, Lifted: Fab Images and Memories of My Life with The Beatles from Across the Universe, which features many rare, unseen and newly discovered photos of the band members, as well as recollections and anecdotes written by Ringo.

One memory he shared with Kimmel was that the band slept two to a room while on the road, a tradition that began as soon as he joined the band.

When Kimmel asked if there were situations where the hotel rooms didn’t have two beds and they were forced forced to sleep in the same bed, Ringo joked, “Well, I don’t want to talk about that.”

The idea to play their final concert on the roof of Abbey Road Studios also came up, which, like many of the band’s best laid plans, seemed to fizzle in the end.

“[It was always that way] with The Beatles, we’re going to India, we’re going to Everest, we’re going here! Aw, sod it, let’s just go on the roof,” he explained. “Abbey Road was another one. Let’s go to the Alps, let’s go to India…ah, just walk across the road.”